Login
Learn about our Partner's Integrative SolutionsMarketplace
919 204 462Call Now!
Or we call you!Leave your contact details.
We promise to be brief!

PRIMAVERA Has a New Head Office in Braga

The Braga-born Multinational company will bring together its 200 collaborators from this city in a modern, sustainable building. 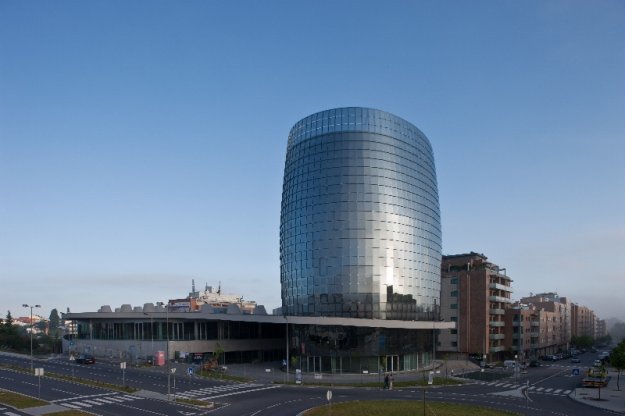 View Gallery
The technology company PRIMAVERA BSS, a multinational company specialized in the development of management solutions for the global market, will as of today be operating in the new group head office, a building located in the new part of Braga next to the Minho Center shopping mall, built from scratch with the objective of bringing together all the PRIMAVERA Group companies under one roof.

"Twenty years ago we chose the city of Braga to found an innovative company and pursue the objective of achieving success in the global market. The new head office symbolizes the growth of PRIMAVERA and our involvement in the life of the city of Braga”, says José Dionísio, Co-CEO of PRIMAVERA BSS. "PRIMAVERA will now bring together in this building the 200 collaborators from the many companies of the group situated in Braga, a move which will definitely improve the company’s operation and further empower the development of Braga and its inhabitants”.

Representing an investment of around 5 million euros, the new PRIMAVERA building will bring together all of the approximately 200 collaborators from the various companies of the Group, which were previously spread out over several installations within the city of Braga.

The new building will also enable the company to make a name for itself itself as a pedagogical reference in the city of Braga by giving new energy to the PRIMAVERA Education project, geared towards training high-school and university students in management technologies.

Thanks to the improved conditions provided by the new company installations, PRIMAVERA will have the capacity to bring to the city of Braga an average of 5,000 students a year - five times the current number.

With its official inauguration scheduled for October, the new PRIMAVERA head office building was built by the Braga-based company José Castro & Filhos. It is located in the new part of the city, next to the Minho Center shopping mall, and is an icon of modernity within the city of Braga, representing a solid investment in the most innovative technologies in the field of environmental sustainability.

With eight floors spread out over 3,500 square metres and 80 parking spaces, PRIMAVERA’s new head office building was designed with environmental sustainability as one of its major concerns. The structure and glass panel covering of the building bring added value in terms of the interior lighting requirements and climate control, translating into an effective reduction of the building’s overall energy requirements.

Designed by the architecture firm MVentura & Partners, the new PRIMAVERA head office building earned an international nomination at the WAF – World Architecture Festival in Barcelona in 2011, in the category of Service Building Designs.